Missed out on the $8,000 federal tax credit for first time home buyers? The Dakota County Community Development Agency's First-Time Homebuyer Program is available to qualified people seeking to purchase a home within the county.

All participants attend classes to learn about budgeting, credit scores, mortgages and the real estate process. The ceiling on eligible purchases also prevents people from buying more house than they can afford. The loan does not have to be paid back until the homeowner sells or refinances.

Read about other First Time Home Buyer Programs in Minnesota and the Twin Cities.

The number of registered vacant buildings in the city went from 370 in 2004 to a record of more than 2,000 in 2008. The number decreased to 1,600 in 2009 and about 1,500 last year. About 90% of the vacant properties are single-family residences or duplexes. Vacant houses only make up about 2 to 3% of all residential buildings in Saint Paul, but they're not spread out. It's the concentration of abandoned homes in some neighborhoods that has caused problems.

Monitoring and managing vacant buildings has stressed city resources and compromised neighborhood vitality. The Department of Safety and Inspections, which enforces codes and handles demolitions, spent $338,000 dealing with vacant properties in 2005. This year, the budget is $1.1 million.

Part of the decline in vacant buildings is due to a new ordinance that took effect in 2008 that puts more requirements on owners of vacant properties. It now costs $1,100 to register a vacant building with the city. The condition of a building also determines how easy it will be to sell a vacant home. If it has severe safety code violations, it's labeled Category 3 and no one can buy a vacant home until the owner fixes it up.

The majority of vacant buildings registered with the city are labeled as Category 2, meaning they have multiple safety code violations that need pretty expensive repairs but can be sold if the buyer has the means to do the work. The number of those buildings being fixed and sold is helping to reduce the overall number.

A city the size of St. Paul always will have some number of vacant buildings, but the spike in recent years has...
View Full Post 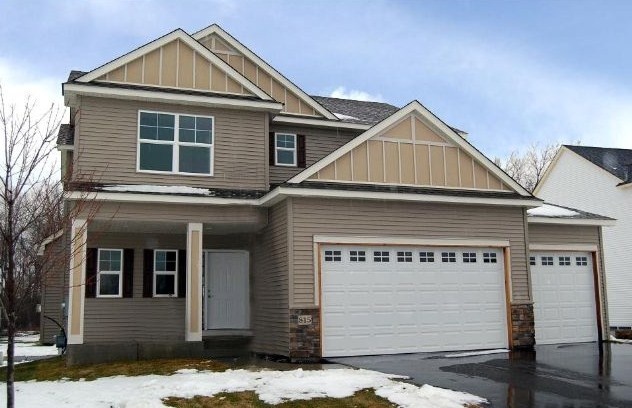 This single-family house is located at 3509 126th Avenue NE in Blaine, Minnesota. This 2-story home is newly constructed in Blaine's hottest new community, Legacy Creek. It has 4 bedrooms, 3 bathrooms, and 2,032-square-feet of space. 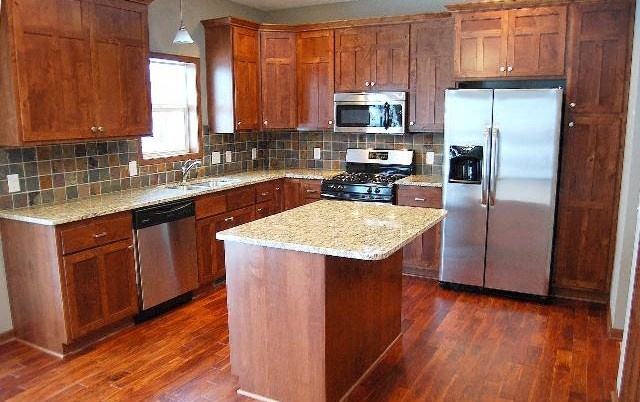 This beautiful home features a sleek gourmet Kitchen with granite countertops, Knotty Alder cabines, and stainless steel appliances. Large panels of windows and smaller windows in unique places allow for plenty of natural lighting in almost every room of the house. 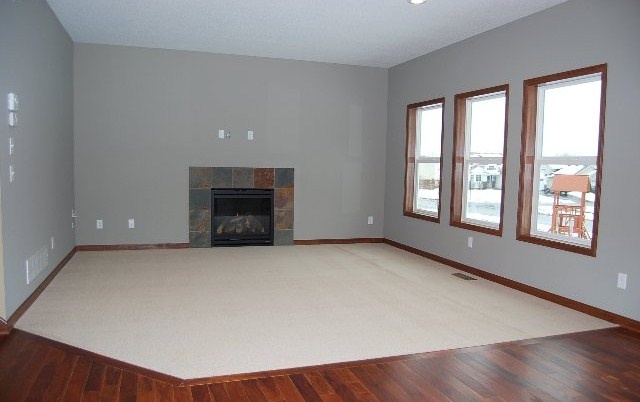 The yard for this property includes sod and an irrigation system. The home has a two-car garage. This new house could be yours for $274,900!

The first mansions of Summit Avenue in Saint Paul started going up nearly 150 years ago, evolving over time to become one of the city's swankiest neighborhoods. Residents want to celebrate that history with house plaques that display when their homes were constructed.

The Summit Hill Association plans to connect homeowners with vendors and contractors qualified to install house plaques on their properties. Association members have said the plaques would likely resemble the markers typically associated with the National Register of Historic Places, regardless of whether the home actually sits within one of the area's two federally defined historic districts. The association — one of the city's 17 official planning districts — floated the idea in its newsletter last month. So far, 13 homeowners have signed up for more information.

Officials in Saint Paul and other Twin Cities communities are warning about roof safety following record snowfall in December and more precipitation likely to come soon.

"There isn't only the potential problem of leaking from growing ice dams, but there is also the real potential for structural roof collapse," Ricardo Cervantes, director of the city's Department of Safety and Inspections, said in a statement. "The impending water retention from rainfall, particularly on large flat roofs, will only compound the problem."

The Department of Safety and Inspections said people should use caution when removing ice dams and snow from roofs. If it is not done properly, the integrity of the roof could be put at risk. Additionally, clearing a roof is dangerous even for the most experienced homeowner. Calling on a professional to perform the work should be a serious consderation.

At Regions Hospital in St. Paul, five people were admitted in late December after falling from roofs. The injuries have included fractures of the spine, elbow and pelvis. Two people died.

Places to monitor snow buildup include around combustion air intakes, gas meters and hazards from large icicles. Keep exit doors and windows free of ice and snow so they can be used during an emergency.

Twin Cities area fire departments also recently asked for the public's help in digging out the metro area's many fire hydrants. There should be at least a foot clear around hydrants, down to the ground and out to the street. This simple act can save both lives and property.