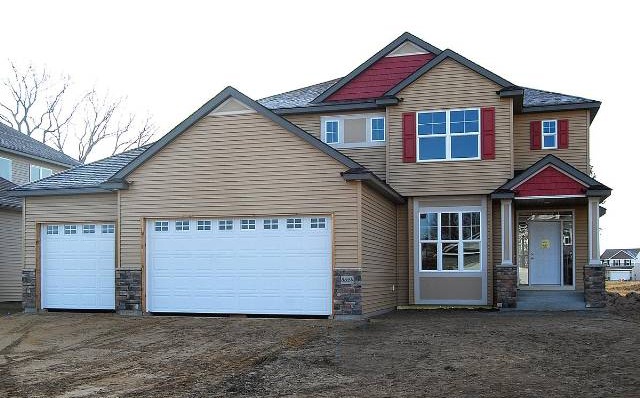 This single-family home at 3517 126th Ave NE in Blaine, MN, is a new construction 2-story with 4 bedrooms, 3 bathrooms, 2,232-square-feet of space, and an additional 1,012-square-foot basement that could be finished. 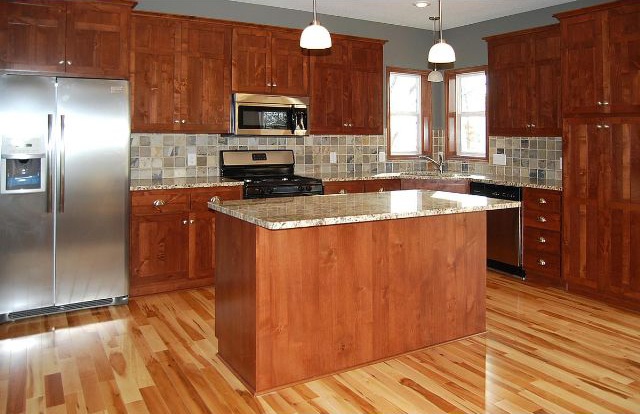 Just imagine the wonderful meals that could be cooked in this gourmet kitchen with alder cabinets and granite countertops. This home features hardwood flooring, stone tile, and a gorgeous stone fireplace. 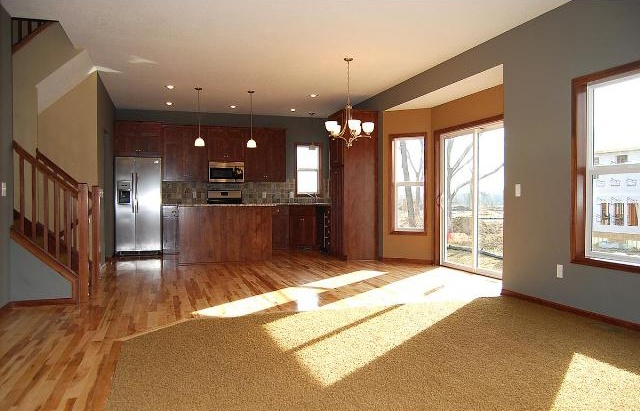 It will be ready for you to move in by the end of October. Located in the Blaine's hottest new community, the Legacy Creek development, this house could be yours for $279,900!

The Minnesota Landscape Arboretum in Chanhassen MN will soon extol the beauty of fall with its Autumn Unplugged celebration. Beginning on September 25 and running through Halloween, Autumn Unplugged offers a variety of events.

This Sunday, the main event will be the "Pumpkin Palooza," a display of 83 varieties of pumpkins, squash and gourds — large and small, common and exotic.

The Minnesota Landscape Arboretum is part of the University of Minnesota. It is located about 9 miles west of I-494 on Minnesota 5 in Chanhassen.

The grounds are open every day, except Thanksgiving and Christmas, from 8 a.m. to sunset. Admission is $9 for adults. It's free for members and visitors age 15 and younger.

Life really is pretty good in the Twin Cities metro. According to a survey commissioned by Portfolio.com, the Minneapolis-Saint Paul area is among the least-stressful metropolises in the United States.

Portfolio.com's survey compared the nation's 50 largest metro areas on such things as crime rates, commuting time, unemployment and heart-disease deaths. Minneapolis and St. Paul came up third on the list of "least-stressed cities," behind Salt Lake City and Virginia Beach-Norfolk, Va. Detroit, Los Angeles and Cleveland ranked as the three most stressful cities.

With some of the lowest unemployment, murder, poverty and even ozone pollution levels in the country, the Twin Cities meto area ranked pretty well in all of these catgories in 2009. In contrast, Detroit languished due high unemployment, poverty and crime rates.

"It's no secret that living in a big city can add some serious stress to your life. But that doesn't you have to be truly stressed out just by being in one of the nation's population hubs. This study shows that a healthy and relatively low stress life can be achieved in at least a few urban areas," said J. Jennings Moss, editor of Portfolio.com.

View the full analysis at Portfolio.com.

“This is an excellent investment, this $6 million in Recovery Act funding will create hundreds of jobs in the short term, putting people to work making homes more energy efficient,” U/S Rep. Jim Oberstar, DFL-8th District, said in a separate statement. “But in the long run, low-income families will spend less of their hard-earned money heating their homes in the winter.”

Minnesota’s efforts are contributing to the success of the program nationwide. Over 200,000 low-income homes have been weatherized across the country. The Weatherization Assistance Program is now weatherizing homes at a rate of about 25,000 homes per month - its optimal pace.

According to Realtors, more and more prospective home buyers are making neighborhood walkability a priority in their search for a residence.

Along with bedrooms, bathrooms, and square footage, the "walkability" of a home's neighborhood is a hot topic among many house hunters. Real estate agents say the walkability factor has become more prominent for a variety of reasons, including increased gas prices, concern for the environment, even the convenience of having a choice to take a leisurely stroll for a gallon of milk instead of succumbing to the stress of fighting traffic and hunting for a parking spot.

Now a new free online tool called Walk Score rates a neighborhood's walkability and helps prospective home buyers determine what listings at which they should look. Simply type in a home's address on the website, and Walk Score will calculate its distance to amenities such as grocery stores, libraries, public transit, and restaurants. The website offers a score from 0 to 100, with the lowest being the most "Car Dependent" while the highest are considered to be a  "Walker's Paradise."

In June, Jacobs-Spaulding and Dana Cudo bought a 2-bedroom home in the Minneapolis Armatage neighborhood that scored a 55. It offered nearly everything they wanted, all within an easily-walked mile.

It's good news for some sellers who are trying to unload homes. A recent study by CEOs for Cities showed that homes in walking-friendly neighborhoods sell at higher prices. In 2009, the non-profit group compiled data from 94,000 real estate transactions in 15 U.S. markets (not including the Twin Cities). For every one-point increase in a community's Walk Score, the home values went up by as much as $3,000.

Some communities are at a disadvantage...