What's better than an outdoor festival to start the summer?  While there are tons of outdoor events throughout the Twin Cities during the Summer months, nothing compares to St. Paul's Grand Old Day parade and all-day event. 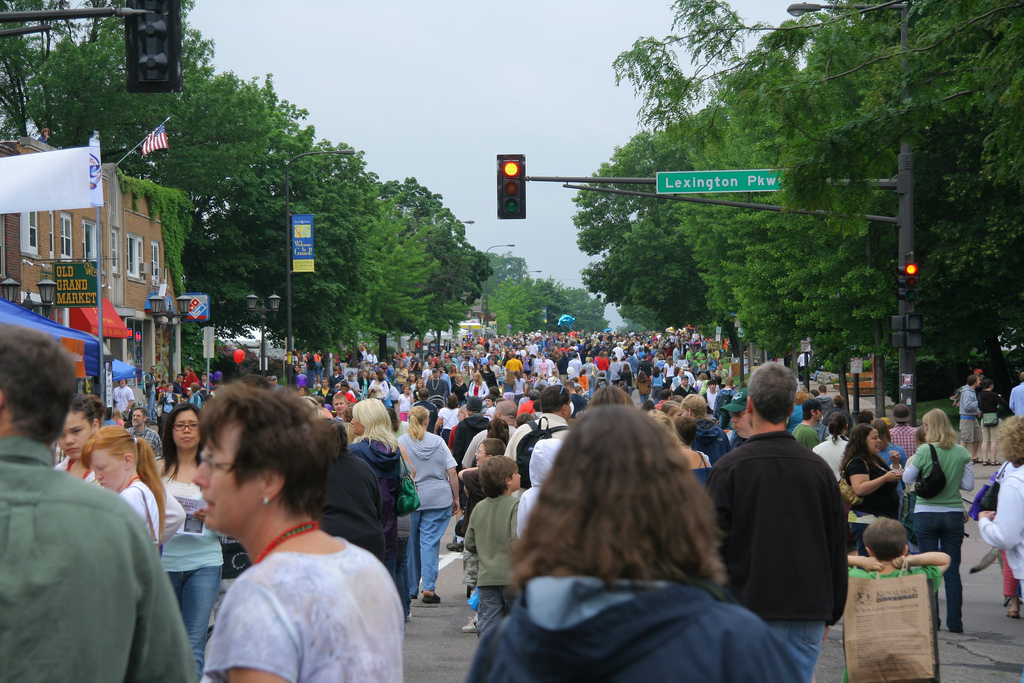 Touted as the largest single-day festival in the Midwest, this event takes place on the 1st Sunday of June each year on St. Paul's historic Grand Avenue.  With a parade that begins around 9:30am and countless food vendors, concerts, and expos, this yearly gathering has something for everyone.

The Pioneer Press recently published an article about the small-scale retailers that have helped reinvigorate the Merriam Park neighborhood in Saint Paul. Local business owners and entrepreneurs have brought much needed food, retailers, and services to places where they could truly benefit the community.

For decades Marshall Avenue was a bustling streetcar route, a major artery that crossed the Mississippi River to link the Twin Cities. Shops focused on everyday needs, even after buses replaced streetcars.

In 1965, this single block boasted a remarkable assortment: a corner drugstore, a grocery store, a hardware store, a bakery, a Laundromat, a paint store, a barber shop, a cafe, a beauty salon, a variety store, a TV repairman, a restaurant, a dentist's office and, in this strongly Catholic neighborhood, a Catholic gift shop.

By 1980, virtually all were gone. The rise of freeways, malls, suburbs and national chains sapped its vitality. Marshall's traffic plummeted, after Interstate 94 opened nearby in 1968. So a new type of tenant came to the block, one that didn't rely as much on passersby.

There was a prosthetics business, a siding shop, a used furniture outlet. Neighbors still smile about some of the more unusual enterprises — the flag store, the baseball card shop and a shop that sold chairs from old sports stadiums.

But circumstances are always fluid. Older neighborhoods were beginning to be recognized once again for their charm. And local residents dreamt of making a real contribution toward helping the community thrive.

In 1989, Pat and Dick Trotter opened a small bakery called Trotter's Cafe. From the start, they were passionate about local before it was a movement. They insisted on using...

The Grand Avenue Business Association would like to invite you to the 35th annual Grand Old Day celebration on Sunday, June 1.  This is 's first rite of summer, and it takes place along the city’s historic annually on the first Sunday in June.  Grand Old Day is the 's largest one-day festival and includes a parade, sporting events, live music on 7 stages, art fair, family fun zone, teen battle of the bands and international performance.  Because this year sees the 35th Grand Old Day, the theme of this year's celebration is "Flashback to the '70s" to celebrate the festival's 1970s roots.  Organizers hope that festival-goers will don their bell-bottoms and platforms.

Of course, there will by a “groovy” parade along in the Summit Hill-Crocus Hill neighborhoods of Saint Paul.  There will be dog competitions, art cars on display, children's activities, street performances, and lots more events and activities.  All of the street’s stores and restaurants will be open for food, drink, and shopping.  For the day, will be divided into five sections: