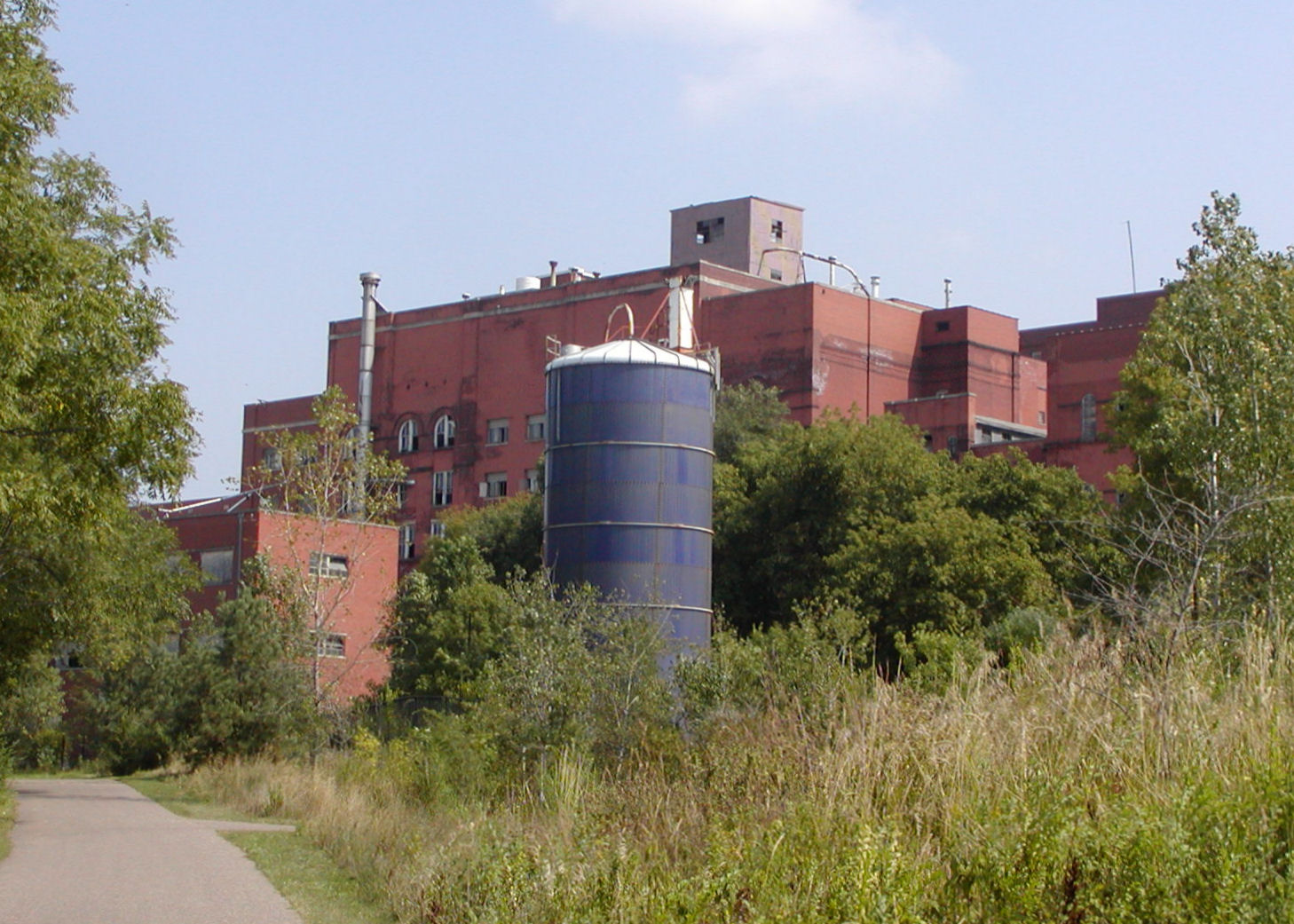 Flat Earth will be renovating and retrofitting buildings that have been part of St. Paul’s East Side for about 150 years. Building 9, a former carpentry shop that dates back to 1864 and 1867, is in bad shape, especially after a fire that occurred in 2005. Buildings 7 and 8, erected in... 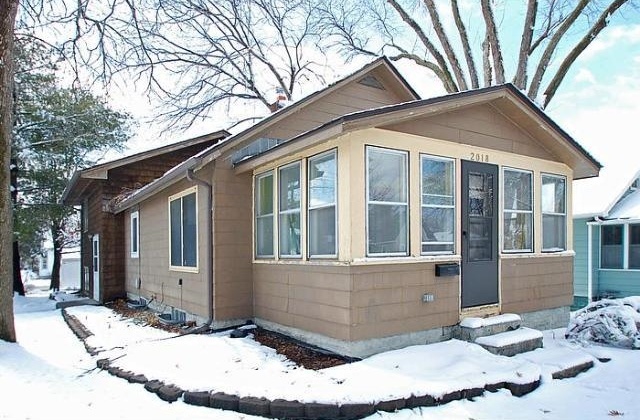 This unassuming home located at 2018 Cottage Ave E in St. Paul, Minnesota.  It has 3 bedrooms, 2 bathrooms, and 1,670-square-feet of space. The house is in the Greater East Side neighborhood of Saint Paul. 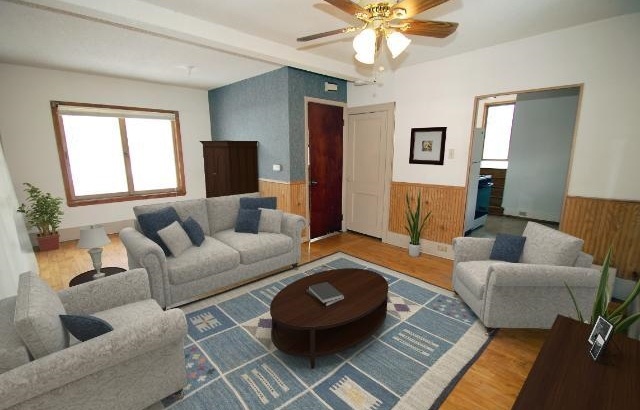 Built in 1921, this home has loads of character. Its features include a great front porch, hardwood floors, and an amusement room with a wet bar. 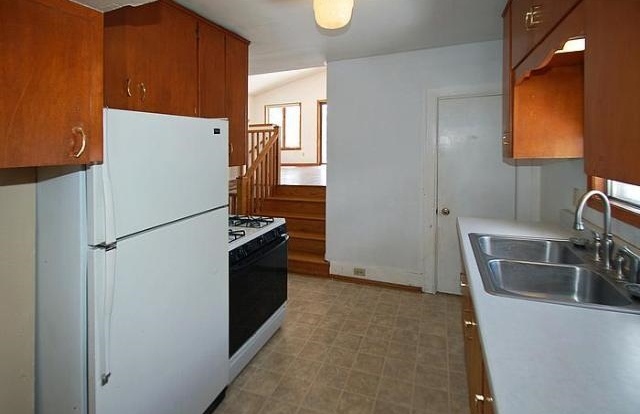 It’s in a nice quiet neighborhood. It’s on a treed lot so it feels a bit private, but yet it is still conveniently in the city.. Priced to sell, this Greater East Side home can be yours for $125,000! 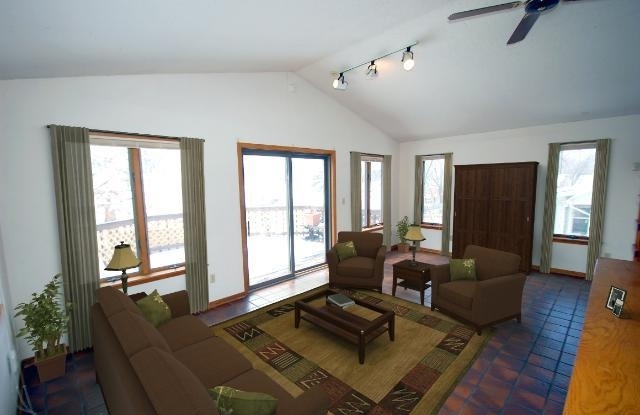 The old 3M company headquarters on the East Side of St. Paul has a new name: Beacone Bluff. The St. Paul Port Authority also has a new Web site to market the former 3M campus to companies and lure jobs, BeaconBluff.com.

The property served as 3M's headquarters from 1910 to 1962. Over the past year, options for the land and reuse of the buildings have been discussed. Last month, the Port Authority closed on the purchase of the last remaining parcels of 3M's former campus.

Finding buyers might be a little difficult because there's a mix of vacant land and buildings with historic pasts. Officials want to see if the buildings can be sold for reuse first, rather than for demolition.

There are many programs available to first time home buyers throughout the City of Saint Paul and in some cases, specific St. Paul neighborhoods.

In particular, the CityLiving Home Program offered by the Saint Paul Home Loan Fund makes home ownership affordable. Through a joint effort shared with the City of Minneapolis, St. Paul offers mortgage loans and home improvement loans through the program. CityLiving loans offer homebuyers an opportunity to purchase St. Paul homes at an interest rate that historically has ranked well below market rates. This program has helped low- and moderate-income families for 20 years. More than 10,000 people have purchased a home through the CityLiving program. Read more information about Saint Paul's CityLiving Home Program.

There is also the Invest Saint Paul program. This collaborative effort is intended to strategically channel city government and private resources into revitalizing and redeveloping four key neighborhoods of St. Paul.  Those neighborhoods are Dayton’s Bluff, Frogtown, the East Side, and the North End.  The goal of Invest St. Paul is to turn the tide of foreclosures and entice new residents into buying real estate in these areas.

The Make it Possible Program, or MPP, is a second mortgage product provided by the Family Housing Fund (FHF).  Under the MPP, a 3% down payment is required of home buyers.  Borrowers who qualify for a first mortgage representing 80% or less of the appraised value of the property through a private mortgage lender will be able to receive the difference of up to 20% of the remaining value in a second mortgage loaned at 3.5% payable over a 15-year...

According to the Minneapolis Area Association of Realtors’ Market Update for 100 Twin Cities Communities, new posted listings for homes in , decreased in February.  There were 480 new listings in throughout the month, compared to the 602 homes put up on the market during February 2008.  That is a decline of -20.3%.  In contrast, there were 548 new listings in January 2009.  The and West 7th neighborhood of experienced increases in posted new listings, while rest saw their listings decrease.

For the year to date posted new listings in , the picture looks just a little different. For February and January, there were 1,027 new listings, compared to the 1,164 during the same time frame of 2008. That’s a -11.8% reduction.  The Greater East Side, Merriam Park, and West 7th neighborhoods saw a rise in listings up to +17.4%; other Saint Paul neighborhood listings dropped.

The Paul real estate market analysis for the year of 2009! New posted listings for homes in , decreased in January according to the Minneapolis Area Association of Realtors’ Market Update for 100 Twin Cities Communities.  During the month, there were 548 new listings in , compared to the 562 homes put up on the market during January 2008.  That is a decrease of just -2.5%.  It was a mixed bag when the posted new listings are broken out by neighborhood, as some big increases while others saw decreases. Here is a breakdown of new listings by neighborhood:

The prices of homes sold in have continued to fall.  The average sales price of a home sold in January was $111,222, a negative change from the $205,897 of January2008.  That is a decrease of -46.0%. Only the West 7th neighborhood saw an increase in real estate prices in January. The percentage...

This is the final real estate market analysis for the year of 2008.  According to the Minneapolis Area Association of Realtors’ Market Update for 100 Twin Cities Communities, new posted listings for homes in , increased in December.  There were 399 new listings in St. Paul, compared to the 351 homes put up on the market during the same month of 2007, which adds up to an increase of +13.7%.  Unlike November, lots of neighborhoods in saw increases in new listings.  The increase is a little unusual, because December is obviously a month full of holidays and most people don’t want the hassle of putting their house up on the market.

New posted listings for homes in , decreased during November according to the Minneapolis Area Association of Realtors’ Market Update for 100 Twin Cities Communities.  Throughout the month, there were 398 new listings in .  In the previous year, there were 481 new listings during November.  That is a -17.3% reduction in new listings, comparatively.  The only neighborhoods of which saw increases in posted new listings of homes for sale were Phalen and .  A drop off in new listings is to be expected now and over the next few months as the winter season really starts kicking up snow.

’s new listings of homes for sale from for the year-to-date from January through November are at 6,460.  That is a decrease of -9.9% from last year’s 7,169 for the same time frame.  Southeast, St. Anthony / Midway, and West 7th neighborhoods are continuing to experience great declines in homes being listed for sale.  The Phalen and West Side / Cherokee areas have been the only neighborhoods to see boosts in new listings through the month of November.

And now the part that you’ve been waiting for: the good news.  The number of homes sold within , during November...

Now for a really good number: The amount of homes sold within

The St. Paul Port Authority is in the process of buying much of the 45-acre 3M grouping of properties, which lie south of and east of .  , meanwhile, wants its own piece of the pie.  The county is looking into buying some of the 3M land on 's for $1 million.

The county wants a 6-acre piece at and in order to build a $14.2 million office building on the site for county workers.  The idea is to build offices for about 275 county workers from a number of departments, including 125 Community Corrections workers.  The cost for the new building and moving workers combined is estimated at $17.8 million.

is floating this idea because it plans to move out of the former West Publishing Co. building on . A developer has eyes on West building and the county's other riverfront real estate in Downtown St. Paul.

Posted new Saint Paul real estate listings from January through September for the year to date were at 5,543.  That is a decrease of -8.9%.  The month of September’s rise in new listings helped to raise that number up a bit that from August’s -10.2%.  If the trend continues in October for new listings in , the real estate market might be on par with posted listings for last year.  and St. Anthony / Midway had the most extreme decrease in new listings.  The Phalen and / Cherokee neighborhoods have seen...

The Greater East Side of Saint Paul

This middle class neighborhood boasts reasonable home prices that are affordable for families and single professionals while situated in a pleasant neighborhood.  The area's young trees and mid-century era of the homes give it a suburban feel. Most of the residents in the neighborhood are young families or retirees.

officials have put some money down on two new loan programs to help homeowners facing foreclosure and buyers unable to secure financing.  The city's Housing and Redevelopment Authority board has approved putting $625,000 into funds for two mortgage incentive programs that will leverage dollars from private organizations. The money will help current homeowners refinance out of bad mortgages and provide an incentive for people to purchase vacant or foreclosed properties in .

The $625,000 comes from the Invest St. Paul program, a $17 million initiative to improve four struggling neighborhoods.  Because of lowering property values, home vacancies, and mortgage foreclosures, the neighborhoods of Frogtown, North End, Lower East Side and 's Bluff have been targeted for the project.  The money will unlock $15 million divided equally between the Make it Possible and Sustainable Home Ownership programs.  The Make It Possible program provides second mortgages, which eliminate the need for private mortgage insurance. The Sustainable Home Ownership program is a contract-for-deed program that gives buyers time to repair credit scores before moving into a conventional mortgage.  Both of these programs will be administered by 's Bluff Neighborhood Housing Services. The Family Housing Fund and University Bank are contributing more than half of the $15 million.

It's just one more idea with which ...

New listings for homes fell in , during the month of April, according to the Minneapolis Area Association of Realtors’ Market Update for 100 Twin Cities Communities. During April of 2008, there were 681 new listings in the City of compared to April of 2007’s 806 new listings. This is a drop of about 15.5%. It is very different from March 2008’s drop of just 4.1%.  The Downtown neighborhood of experienced the greatest decline in new listings at -42.4%.

Looking at posted new listings of real estate for the 2008 year-to-date, the decrease appears to be less drastic.  From January through April of this year, there were 2,515 new listings in the city, compared to 2,637 throughout the same time period of 2007. That is a decrease of just 4.6% new listings in so far this year. The most...