Real estate in the historic Summit Hill neighborhood, located in the southwest area of St. Paul, presents opportunities to own a home in a great neighborhood with a prime location. Summit Avenue establishes the northern border, to the west is Ayd Mill Road, and Interstate 35E runs along the eastern and southern borders. The neighborhood also also contains the affluent neighborhoods of Grand Hill and Crocus Hill. The area is very pedestrian friendly and showcases many gorgeous character homes. Summit Hill’s real estate is certainly worth checking out.

The original wealth and rich history of Summit Hill allows it to be home to some of St. Paul's most historic sights. The Governor's Mansion, located on Summit Avenue, is on the National Register of Historic Places. The Tudor style mansion was constructed in the year 1912 and later was donated to the state of Minnesota in 1965. The founder of the Great Northern Railroad, James J. Hill, also made the Summit Hill neighborhood his home. In 1891 the James J. Hill House was constructed — it was the largest home in the entire Midwest. Present day, the Governor's Mansion and the James J. Hill House are open to visitors, with scheduled tours each week.

One of the state’s most famous buildings, The Cathedral of St. Paul, is also located on Summit Avenue. The Renaissance style cathedral was built from 1906 to 1915 and is grand enough to house six separate chapels, each one a dedication to a saint from a different ethnicity originally settling in St. Paul: Irish, Italian, French-Canadian, Slav and German — the sixth chapel is dedicated to the St. Paul missionaries.

Since 1920, Summit Avenue has had very little construction, a testament to its historic value. Homeowners in the area, like millions of others, faced difficult times during The Great Depression. Many homes were transformed into apartment buildings or duplexes. After The Great Depression, the neighborhood saw four decades of decline. However, in the 1970’s and beyond, many potential home buyers took up renovating some of Summit Hill’s finely-crafted, but dated homes. Most of the homes in the neighborhood have been modernized or restored to their former glory.

The famous Grand Avenue traverses Summit Hill from east to west, one of the best spots for dining, shopping and nightlife in St. Paul traversing right through the Summit Hill neighborhood. Grand Avenue began to really thrive in 1890 when the Twin City Railway Company built the electric streetcar through the area. From there, many retail and dining options began to pop up — Grand Avenue is now home to many of St. Paul’s most eclectic restaurants like Suji-Ya, Tavern on Grand, and the Barbary Fig.

After dinner many folks head over to the Grand Ole Creamery, one of the Twin Cities’ best spots to grab ice cream. The street is extremely pedestrian friendly and full of life all day throughout the year. Billy’s on Grand and the Wild Onion are full of patrons at night and on the weekends, offering drinks, music, dancing and plenty more. With four colleges located near Summit Hill, there is a young crowd abundant in the evening. Shopping in the area offers a lot of boutique shops not found at your typical corporate shopping spots.

The neighborhood has Linwood A+ School serving the elementary students and St. Luke’s Catholic offers K through 8 programs.

Today in Summit Hill there are a variety of homes, townhomes and condos. Initially the neighborhood established itself in the 1860’s with large, fancy homes built for affluent St. Paul residents. The homes built in the area from 1860-1900 present a variety of classical architecture styles, like Georgian Revival, Colonial Revivals, Shingle and Row Houses, Queen Anne, Italianate, and Tudor. Prairie style architecture started to become popular in the early 20th century.

Discover great Summit Hill Saint Paul MN homes, town homes & condos and contact the Realtors at the Barker Hedges Group with any questions you have about the market and their superior agent services.

Take a look around Summit Hill. It is a beautiful place to live. Feel free to contact us with questions about Summit Hill or and of St Paul's other neighborhood. We are here and happy to assist you! 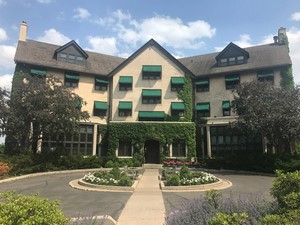 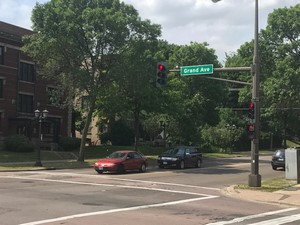 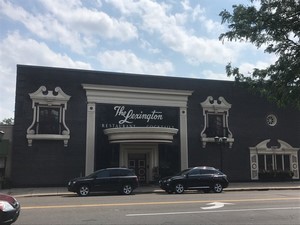